In 2018, the European Year of Cultural Heritage, all forms of heritage throughout the European Union will be celebrated as the source of memory, identity, dialogue, unity and creativity. These celebrations coincide with the centenary of Lithuania’s independence, causing the country to give special attention to symbols of modernization, especially to modernist architecture, which bears witness to an optimistic and progressive Europe.

Kaunas is the most important city in Lithuania associated with the legacy of modernism. From 1918 to 1940, Kaunas’s urban and architectural character was forged by the processes that were essential to that period – modernisation and progress. The modernist architecture of Kaunas was granted European Heritage Label status in 2015, while in 2017 it was placed on the Tentative list of the State Parties of the UNESCO World Heritage Convention. In 2022, Kaunas will be the European Capital of Culture. All of these events have been stimulated by a growing appreciation for modernist heritage, its recognition, reinterpretation, and reverence.

This interest transcends physical monuments, buildings and interiors, and touches the way we feel about the city based on our knowledge of the past and our aspirations for the future. One of the main aims of the 2018 European Year of Cultural Heritage is to explore these often more complicated aspects of heritage and discover the deeper significance in the places and spaces that we encounter everyday, yet rarely acknowledge their impact on our surroundings and the quality of life.

It is for this reason that the European Capital of Culture in Kaunas in 2022 has organised a Summer School for students of architecture and heritage protection, as well as professionals in associated fields, to engage in these issues. The school is part of a wider series of events dedicated to the European Year of Cultural Heritage, 2018. The event is also a part of the program “Heritage practice” under Joint Programming Initiative “Cultural Heritage: a Challenge for Europe” and will be held at the Kaunas University of Technology from June 25–29, 2018.

The Summer School will focus on the urban fabric of Kaunas. After getting familiar with the historical parts of the city Žaliakalnis and Naujamiestis, participants of the Summer School will be invited to prepare experimental architectural scenarios for the future development of this territory or selected sites within these areas. Ideas should offer a way to preserve the modernist architecture, which is essential to the local character, while also proposing new interventions at different scales that reinterpret, reinvigorate and revitalize the city. The work should question the concepts of value and authenticity, asking whether authenticity should be perceived in terms of tangible artefacts or can include intangible attributes, such
as modernist notions of progress.

During the Summer School students will listen to introductory lectures and do heritage walks with teachers to discuss the legacy of the modern city of Kaunas. Further work will be done in groups analyzing selected case studies and providing ideas for architectural scenarios. Afterwards the results will be presented to the public. A short documentary film produced during this week will be featured for the UNESCO representatives as well as in events for the European Capital of Culture and other heritage activities associated with Kaunas 2022. An open discussion with the community will be organized to discuss the results.

Moments of the Summer School 2018 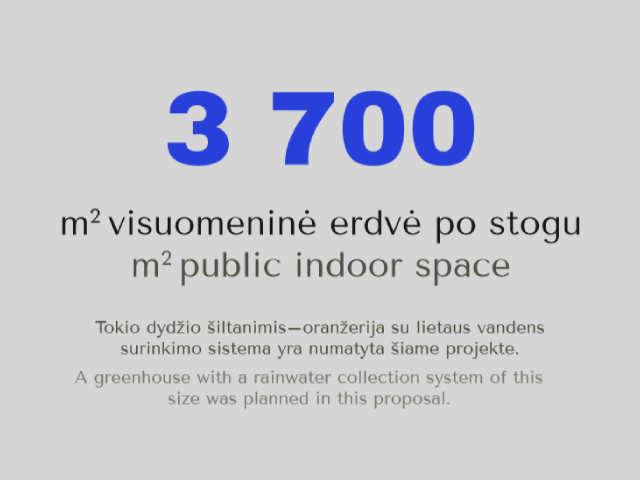 Drawings of the blocks 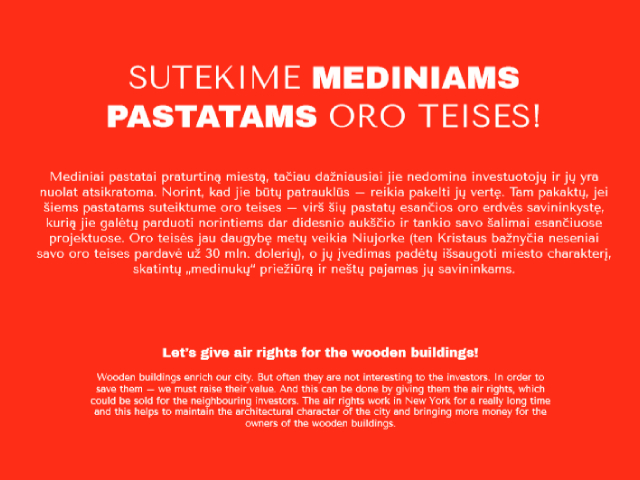 Exhibition of the results

ASSEMBLAGE / The Bartlett School of Architecture

Place of the Summer School

International summer school will take place in one of the finest examples of Kaunas modernism – historical Pienocentras office building. Participants will be accomodated at the dorm of Kaunas University of Technology.

If you have any questions about the Summer School, please contact:

Curator of the program “Modernism for the Future” – Viltė: vilte@kaunas2022.eu

Coordinator of the program “Modernism for the Future” – Žilvinas: zilvinas@kaunas2022.eu 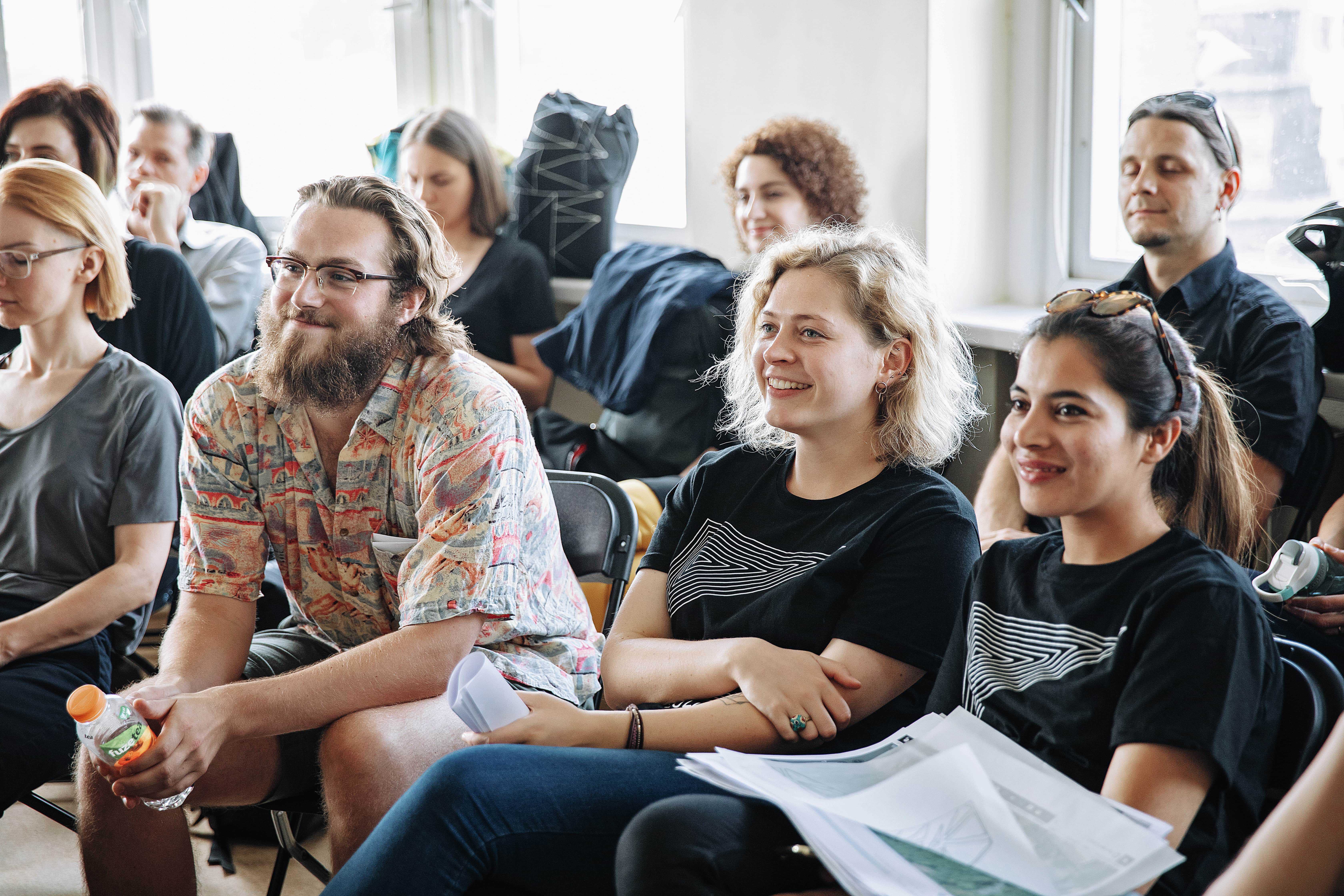 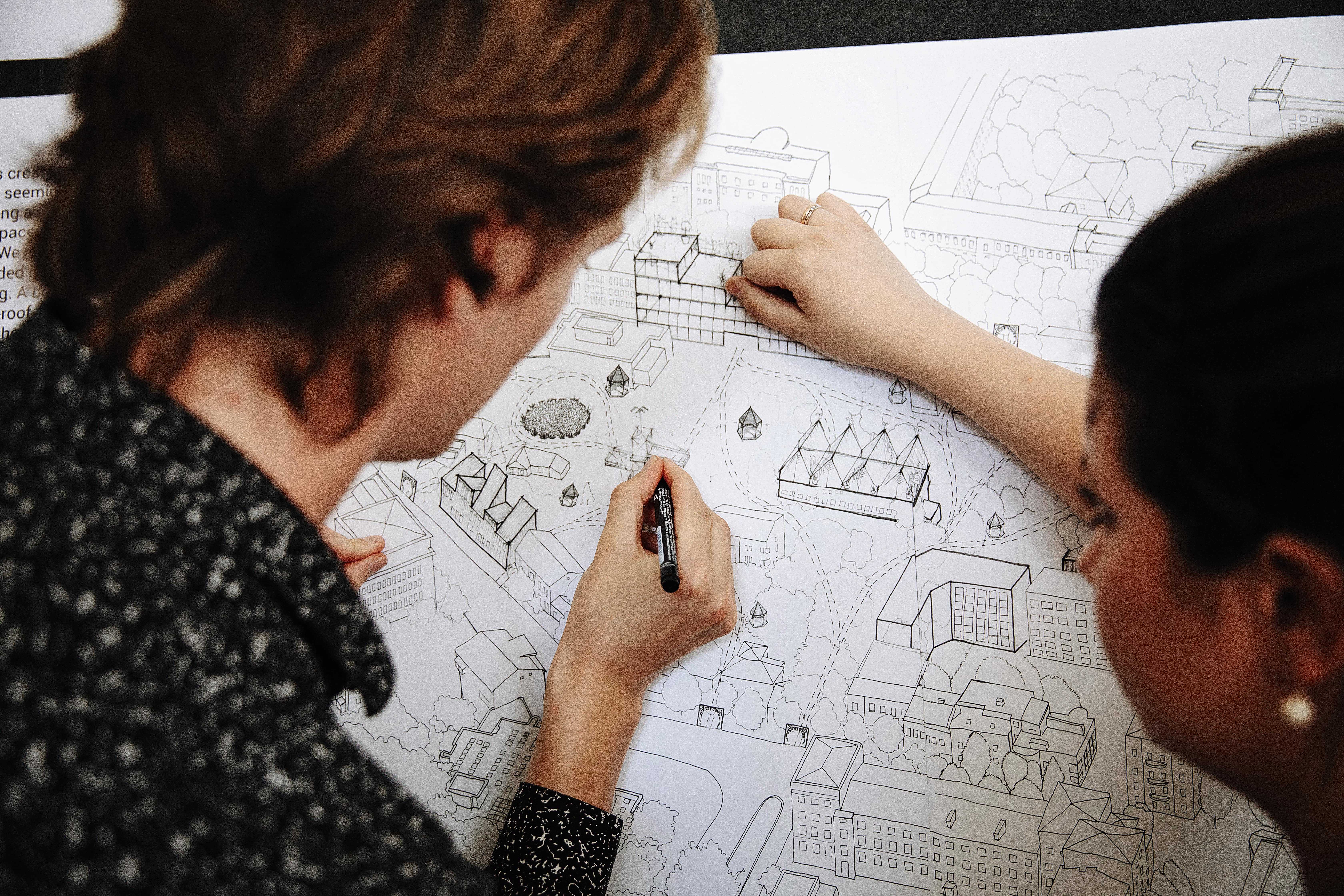 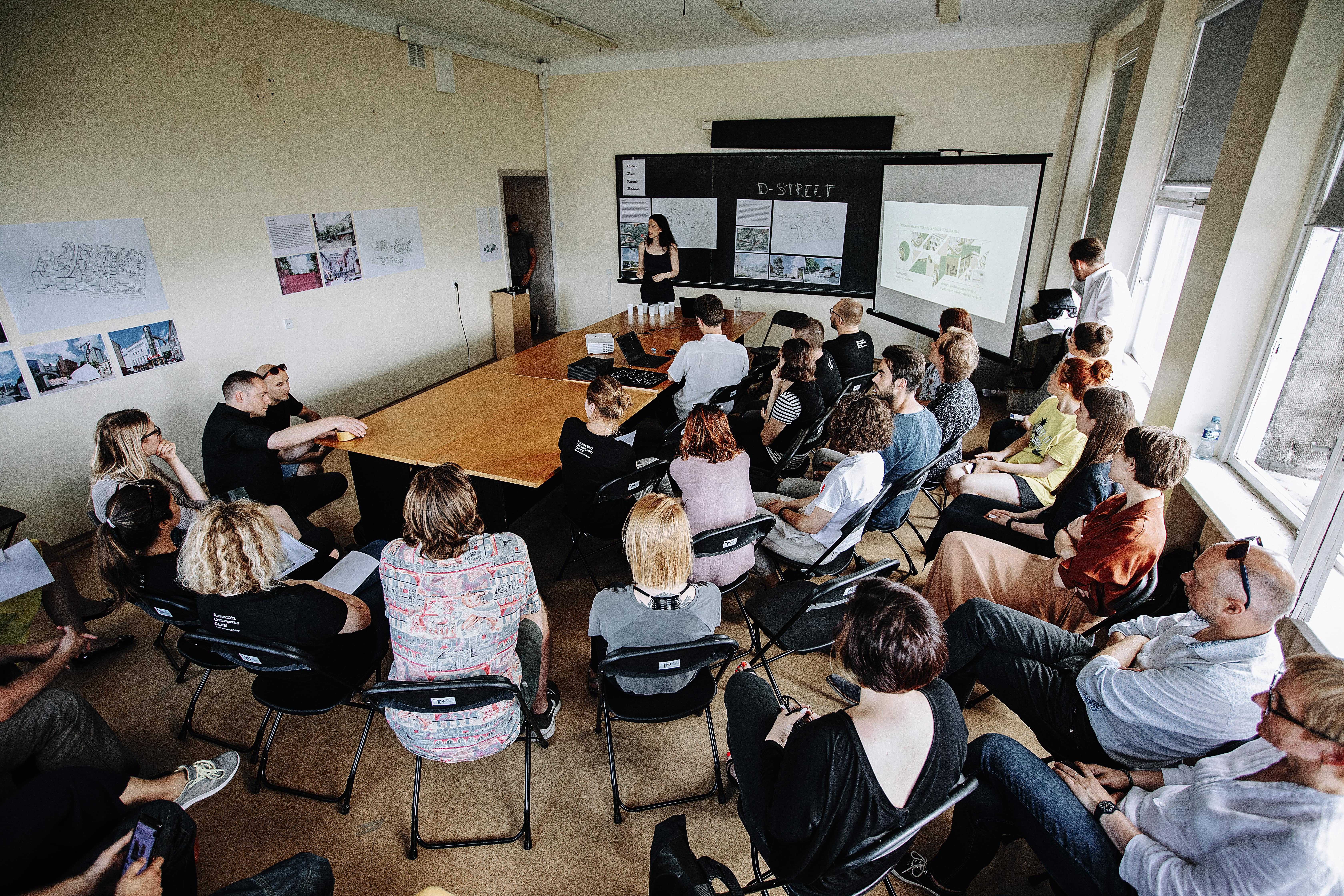 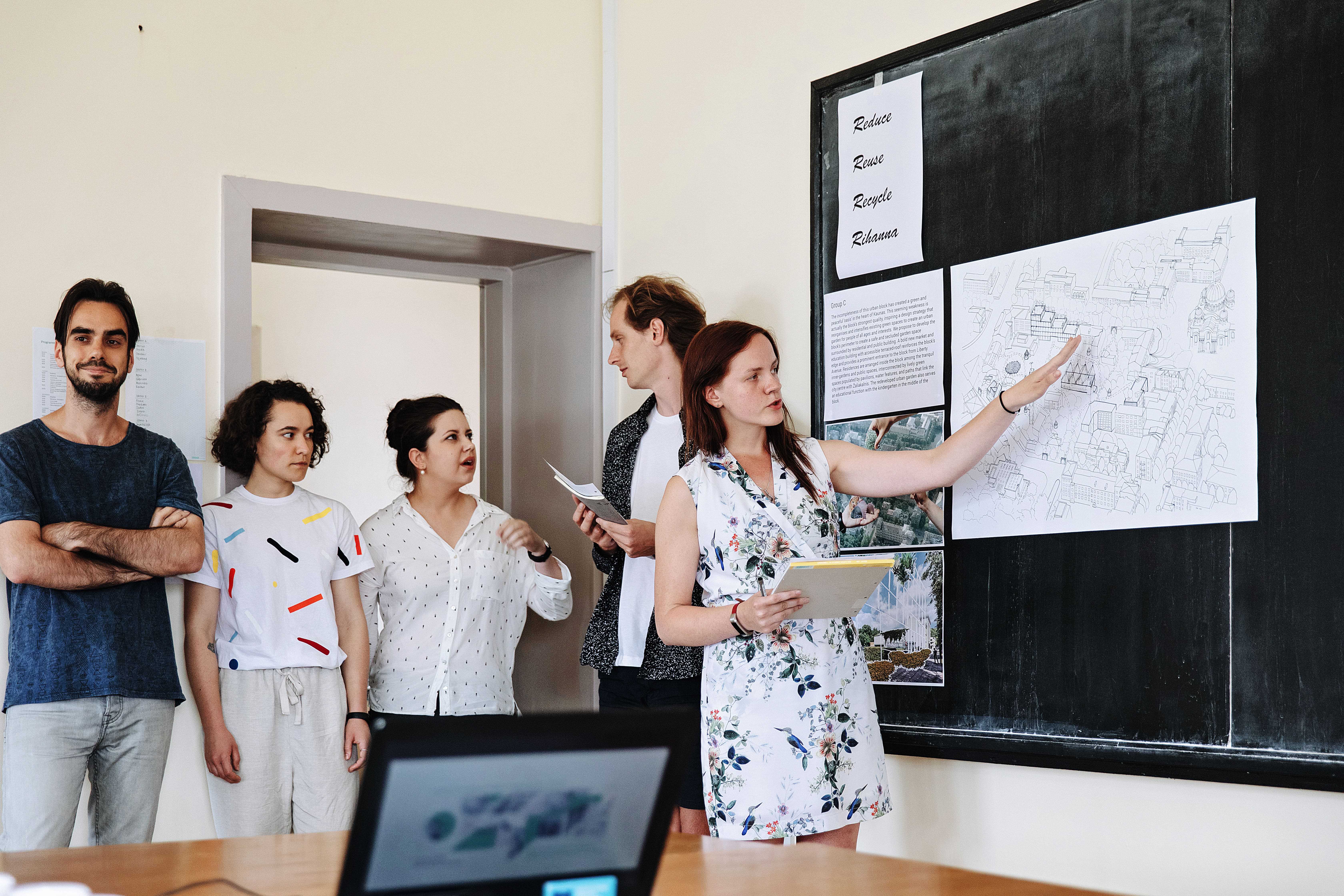 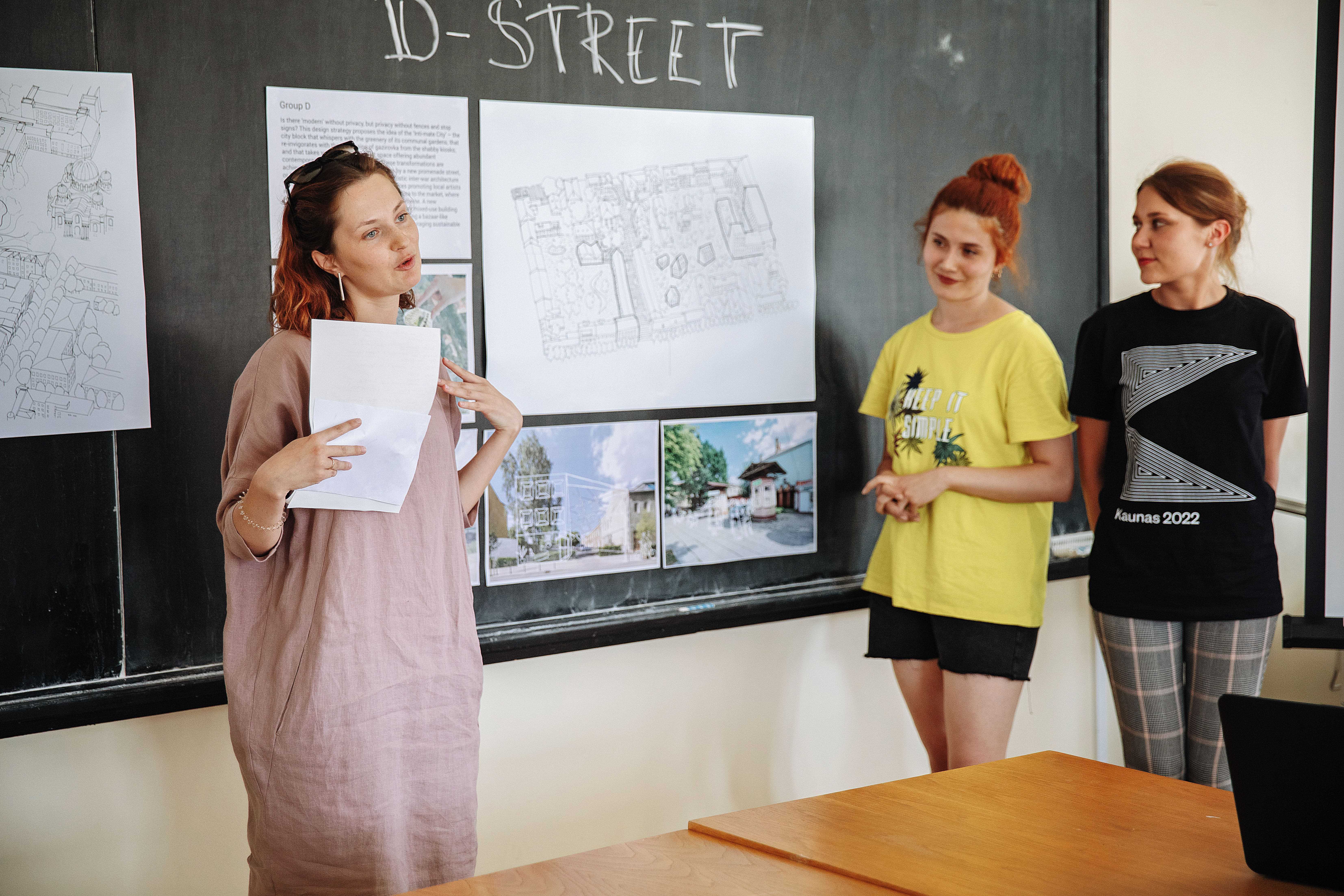 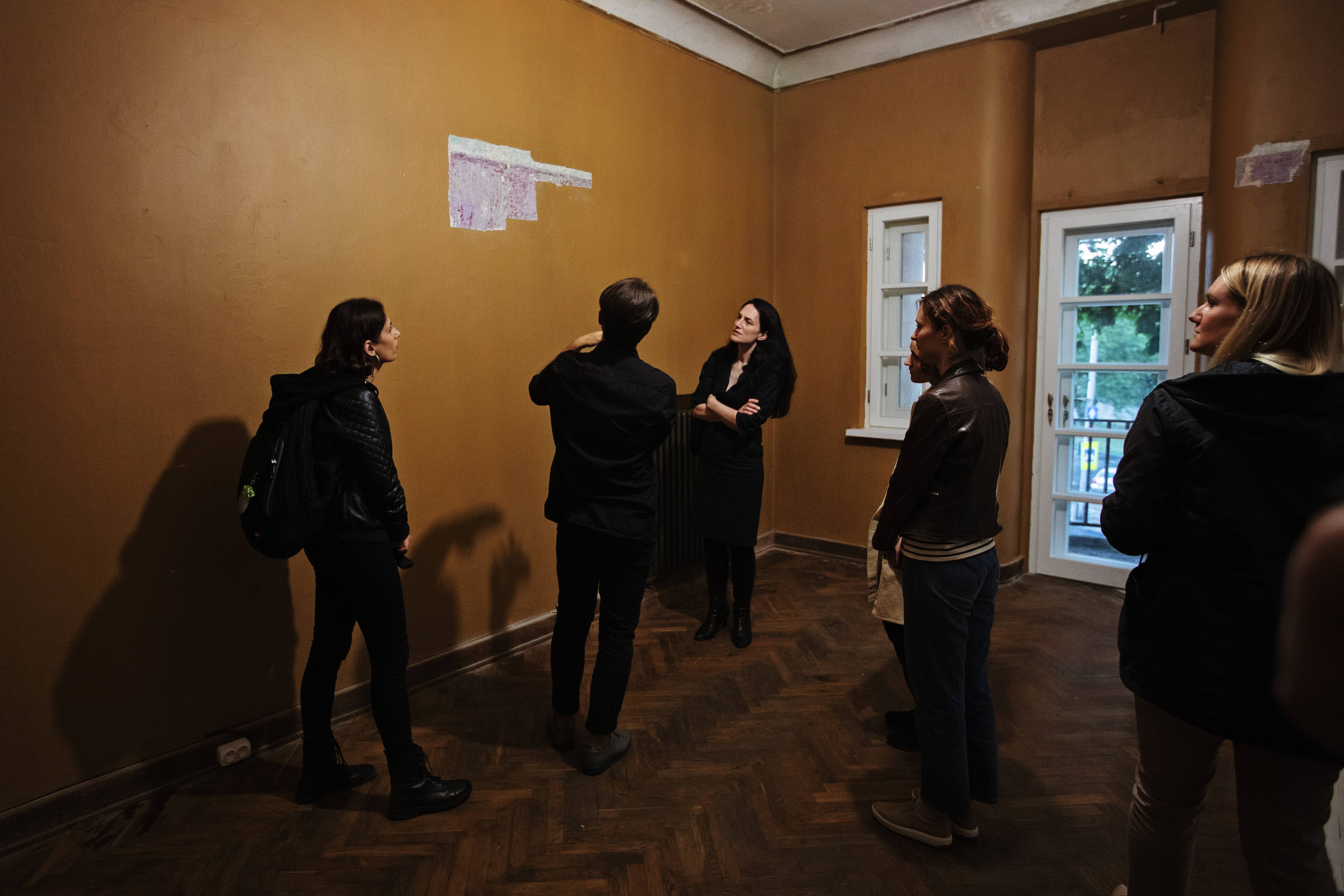 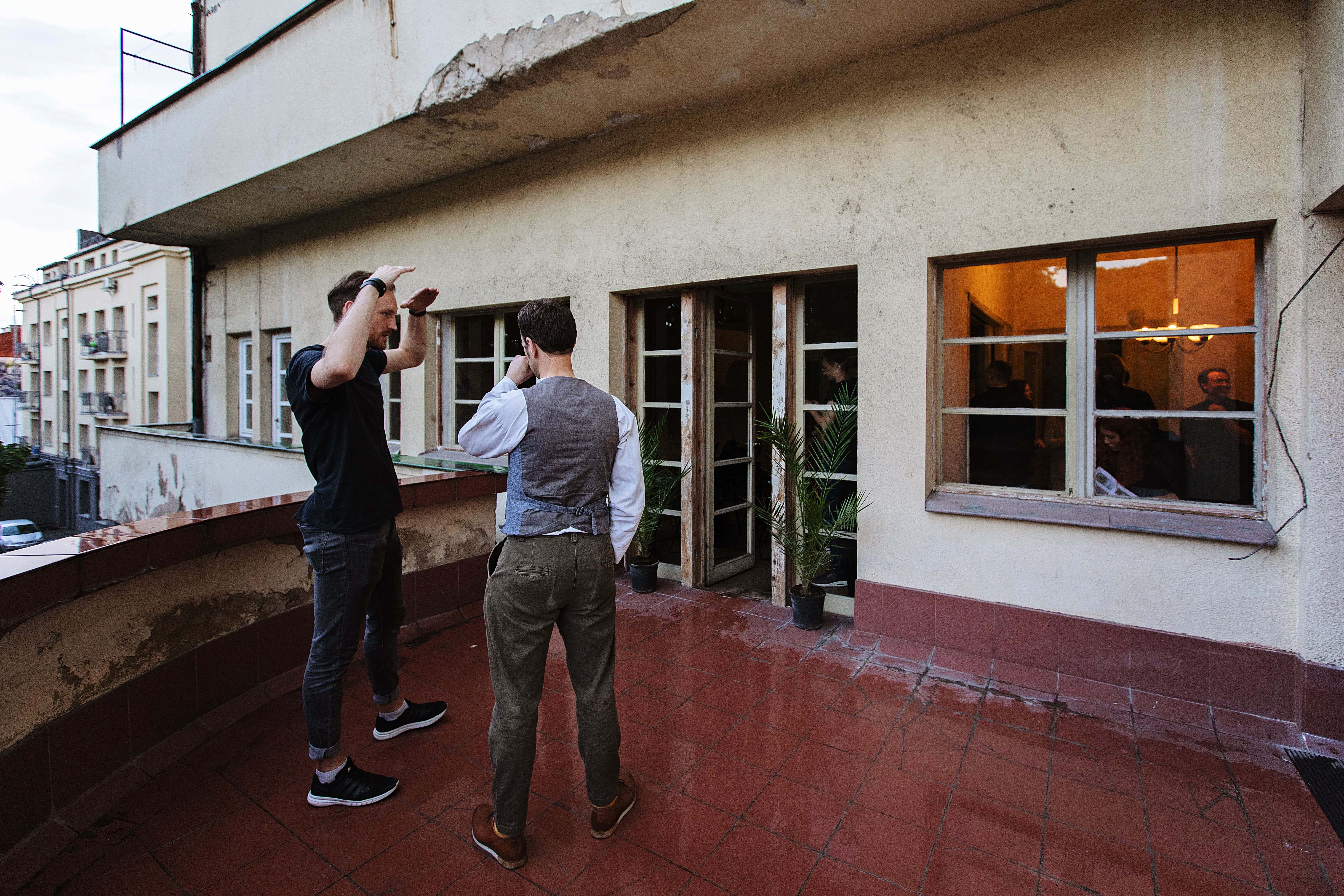 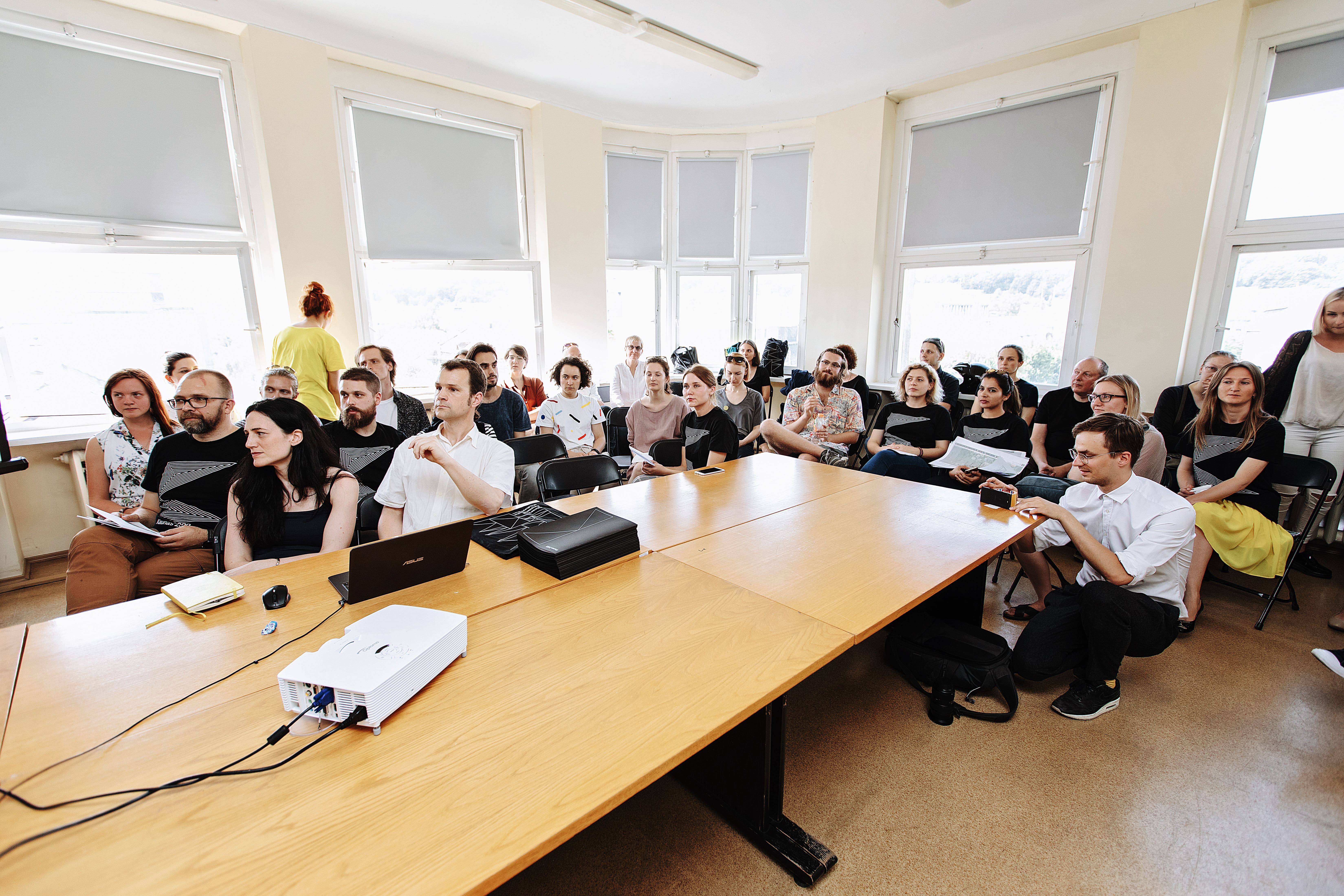 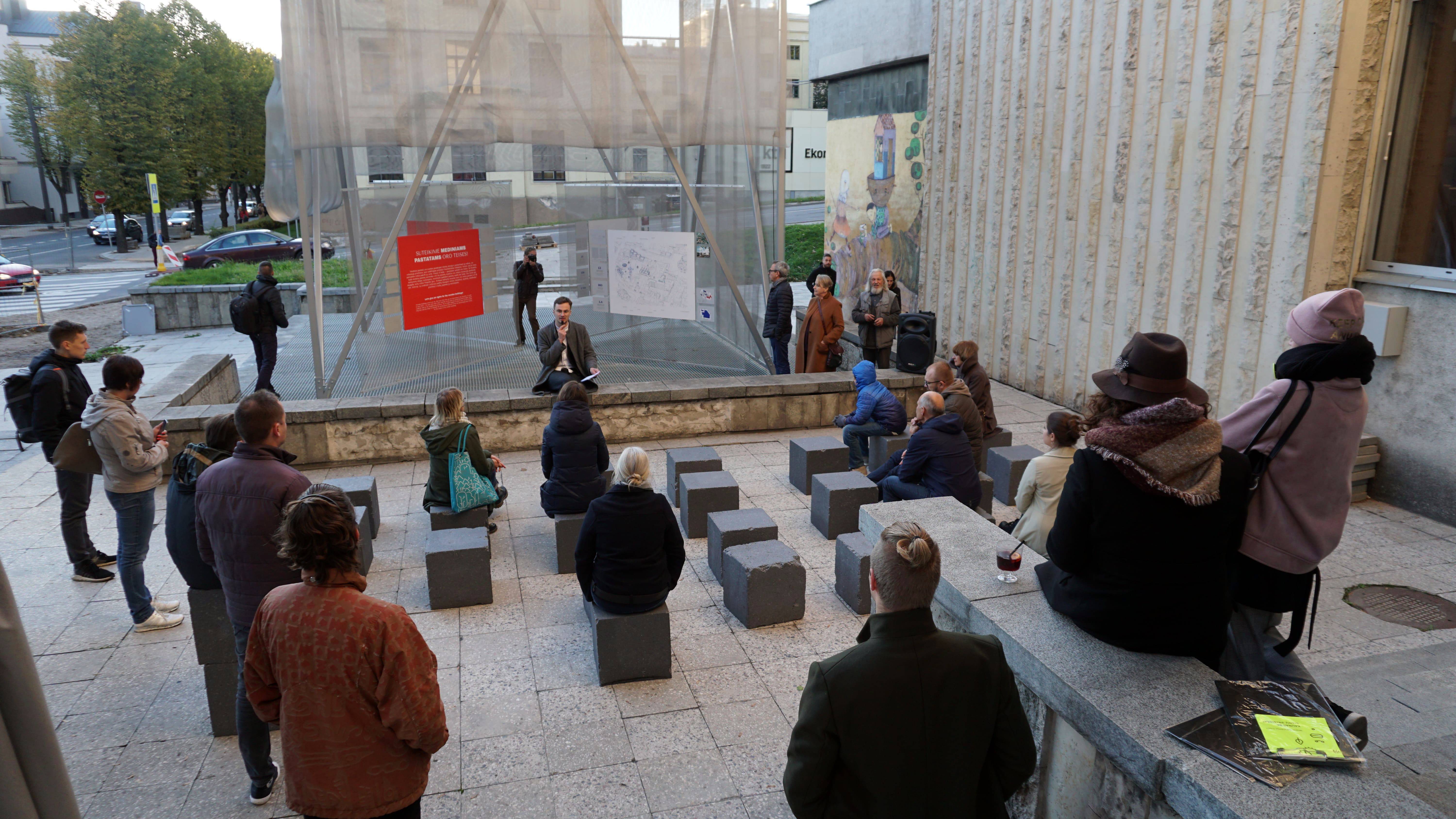 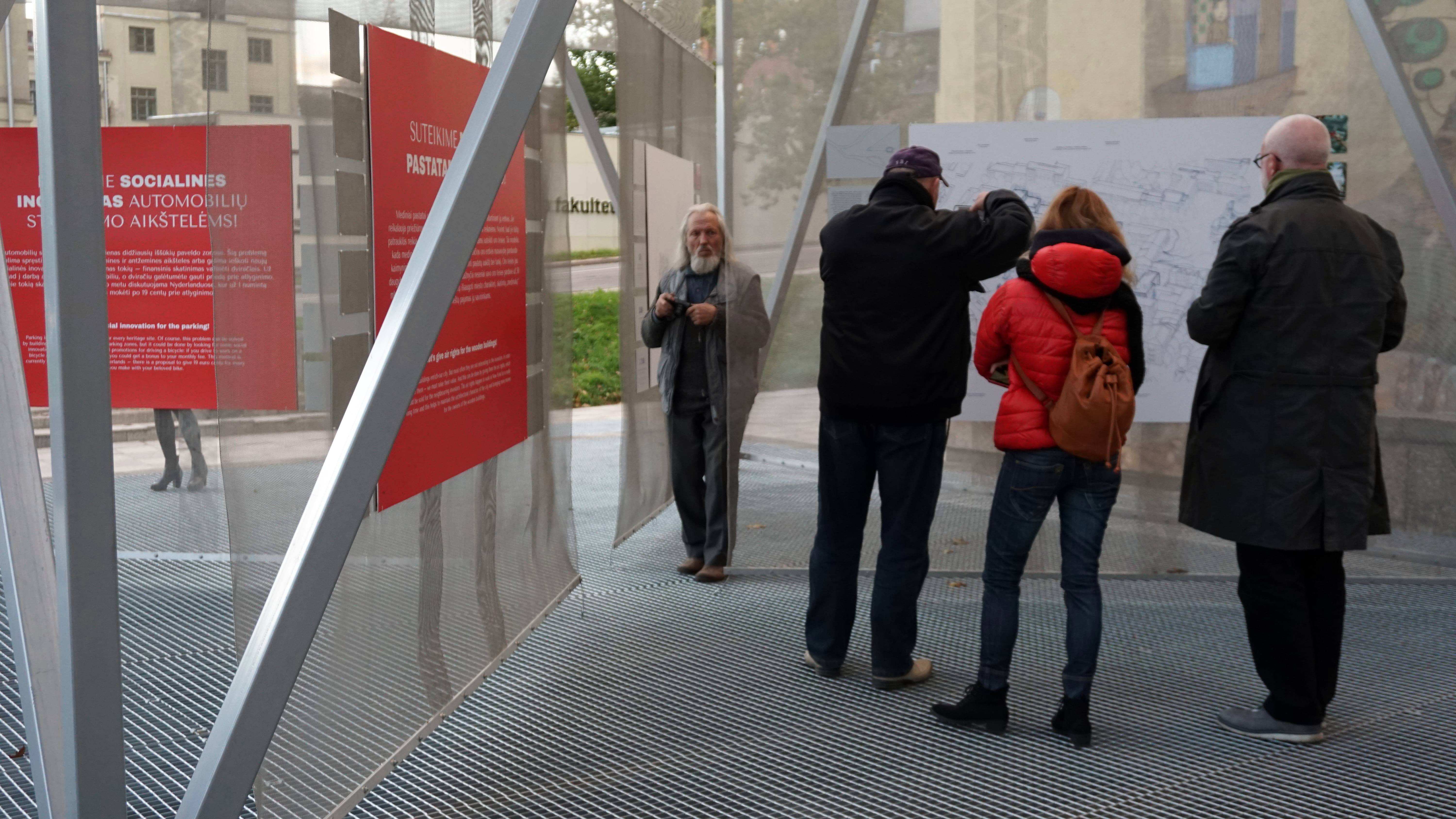